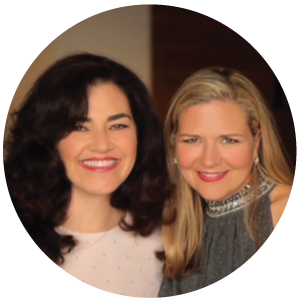 Rebecca Grinnals is widely regarded as one of the foremost experts on the business of weddings & honeymoons. She is the founder and President of wedding and honeymoon industry consulting firm, Engaging Concepts based in Celebration, FL. Rebecca is a sought after industry consultant, speaker, trainer and business trend expert. She has been a featured guest on CBS’ “The Early Show,” CNN, Entertainment Tonight, CNBC and hundreds of other national and international television & radio programs. She was named as a BIZBASH Event Innovator 2014: Most Innovative People in Events and Meetings. She serves as the Chairperson of the Leadership Advisory Board of WIPA (Wedding Industry Professionals Association) and was recently named as one of the “Top Ten Social Media Influencers in the Wedding Industry” by WedBiz Journal.

Prior to creating Engaging Concepts, Rebecca co-founded Disney’s Fairy Tale Weddings & Honeymoons for The Walt Disney Company, and spent ten years developing the concept into an unprecedented success. She directed the complete branding strategy, development and implementation of the program, building it into almost a $100 million per year business for Walt Disney World, Disneyland, and the Disney Cruise Line. These efforts resulted in over 20,000 weddings and the coveted status for Disney as the # 1 Domestic Honeymoon Destination.

Kathryn Arce is officially the Managing Director of Engaging Concepts but has come to be known by the far more fitting title of “Director of Awesome.”  Her command of flawless event execution is second to none. She focuses on exacting wedding and event service performance and detailed operations and provides clients with clear and strategic industry best practices. She has been instrumental in developing powerful wedding and event service tools that result in increased business revenues. Additionally, Kathryn creates dynamic and functional wedding and event sales & service processes and standard operating guidelines.

A logistical maverick, she and Rebecca Grinnals created an innovative series of luxury wedding business summits in 2008 called Engage! which twice a year bring together 350 of the wedding industries key influencers and tastemakers from around the world to exchange ideas, network and be inspired to take their businesses to the next level of success. All fourteen Engage! events have been complete sell outs and met with rave reviews from attendees and speakers alike. She was named as a BIZBASH Event Innovator 2014: Most Innovative People in Events and Meetings.